Here are arguably the ten crucial moments in British history that helped shape the nation from 1500 to the present day: 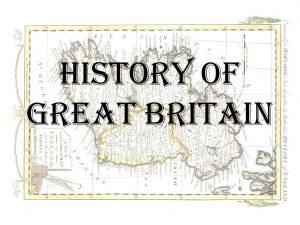 In the 16th century Spain was building an empire through its naval force. The Spanish Armada was the largest fleet ever assembled with the aim to restore Roman Catholicism to England. The defeat of Spanish saw Britain became the strongest naval power in the world and overtook Spain to become the major colonist in the Americas, Africa, and Asia.

1649 – Execution of Charles 1 and Cromwellian conquest of Ireland

Oliver Cromwell was one of the commanders of the New Model Army that defeated the royalists in the English Civil War. After the execution of King Charles I in 1649, Cromwell dominated the short-lived Commonwealth of England, conquered Ireland and Scotland, and ruled as Lord Protector from 1653 until his death in 1658.

When William of Orange took the English throne from James II in 1688, the new co-monarchy of King William III and Queen Mary II accepted more constraints from Parliament than any previous monarch. The new balance of power between parliament and crown made the promises of the English government more credible.

The Acts of Union were two Acts of Parliament that united the Kingdom of England and the Kingdom of Scotland to form the Parliament of Great Britain, based in the Palace of Westminster in London, the home of the English Parliament. What began as a hostile merger, would end in a full partnership over centuries.

Parliament passed the Slavery Abolition Act in 1833. This act gave all slaves in the British Empire their freedom. The British government paid compensation to the slave owners, dependent on the number of slaves they had. 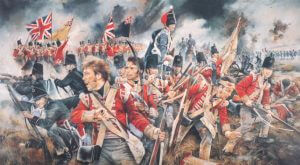 The Battle of Waterloo took place in British territory in what is now Belgium and marked the final defeat of French military leader and emperor Napoleon Bonaparte, who had conquered much of continental Europe. However, a disastrous invasion of Russia in 1812, coupled with other defeats, led to his abdication and exile in 1814. He returned to France in 1815 and briefly resumed power. The Battle of Waterloo, in which Napoleon’s forces were defeated by the British and Prussians, signalled the end of his reign and the end of French domination in Europe.

The landowners in Parliament attempted to safeguard their economic position by securing, in 1815, a new Corn Law designed to maintain grain prices and rents by taxing imported grain. Many industrialists resented the passing of the Corn Law because it favoured the landed interests. Industrialists were beginning to demand a voice in Parliament and political debate about the poor (versus the propertied) and especially “the people” (versus the privileged and the powerful) began.

The Treaty of Versailles was the Peace Settlement between the Allies and Germany at the end of the First World War. In total, Germany lost over one millions square miles of land and 6 million subjects. Germany was ordered to make 7 million dollar reparations that led to unrest and uprisings in Germany.

In May 1940, with the war with Germany eight months old, Chamberlain had lost the confidence of the House of Commons. Labour ministers refused to serve in a national coalition with Chamberlain as leader, so he resigned. Churchill became prime minister on 10 May, the same day Germany invaded Holland and Belgium.

The election of the Conservative government in 1979 with Margaret Thatcher as the party’s leader marked the first time a woman was the Prime Minister of the United Kingdom. Thatcherite policies had the impact of reviving the British economy, but also created a deep divide with the people. Her time in power came to an end as the poll tax and the Falklands War created discontent with her leadership within the Conservative Party, leading to the succession of John Major.